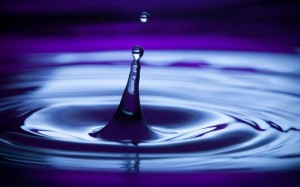 Monitor Environment Canada watches and warnings and keep an eye on the sky – tornadoes can develop very rapidly.
When a tornado threatens, take shelter immediately – preferably in the lower level of a sturdy building. Flying glass and other debris pose the greatest danger to human safety.

If caught outdoors with no shelter available, lie flat in a ditch, ravine or other low lying area and shield your head with your arms.

Recent research has shown that tornado winds finding their way into a building through open doors and windows can lead to large internal pressures and greater damage. When a watch is issued, that is the time to ensure that all doors and windows are closed.

Each year on average, about 43 tornadoes occur across the Prairies and about 17 occur across Ontario and Quebec. The peak of the season is June through August.

Just as the Richter scale measures the intensity of earthquakes, the Fujita or F-scale measures the severity of an event by estimating the wind speed, whether tornadic or straight-line, based on the damage caused. The F-scale goes from weak F0 to incredible F5.

On April 1, 2013, Environment Canada began to use an improved version of the F-scale known as the Enhanced Fujita or EF-scale. While the levels of intensity, ranging from EF0 to EF5, have the same relationship to damage as the original F-scale, the associated wind speeds have been made more accurate. All events from April 2013 forward will be rated using the EF-scale.

There is only one documented F5 in Canadian history, at Elie, MB June 22, 2007. Fortunately, there were no injuries. This tornado was nearly stationary!
Three of the four deadliest tornadoes in Canada have occurred in the Prairies: Regina, SK June 30, 1912 (F4, 28 fatalities in Regina, two more south of the City), Edmonton, AB July 31, 1987 (F4, 27 fatalities), and Green Acres Campground, Pine Lake, AB July 14, 2000 (F3, 12 fatalities).
The most deadly Ontario tornado was the June 17, 1946 Windsor F4 event, which caused 17 fatalities. The largest tornado outbreak in the province occurred on August 20, 2009, when 19 tornadoes developed over southern Ontario.

There is not a strong correlation between the physical size of tornado and its maximum wind speed. All tornadoes regardless of appearance are potentially lethal threats.

A tornado usually moves along a narrow path from the southwest, west or northwest but may suddenly change direction. Groundspeed can vary from nearly stationery to 90 km/h, the path can be more than 20 km long and 400 m wide, and its duration can be up to one hour. In very rare events, tornadoes can be 1 to 2 km wide and travel more than 100 km.

If you see a tornado, and it does not appear to be moving, it is likely either moving straight away from you or straight towards you!
The roaring or freight train sound often attributed to tornadoes is not strictly a tornadic effect. It is caused by strong winds moving around and past obstacles such as trees and buildings. In open country, tornadoes may only emit a whine or whistle-like noise.

September 12, 2014 at 10:07 pm weather Health & Security Share via:
If you have information that should be added to the site, please contact us webmaster@lccra.ca.