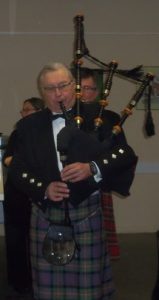 PRIME RIB, TATTIES, AND NEEPS: SALAD AND HAGGIS:TRIFLE AND COFFEE 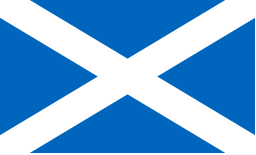 On Friday January 26 at 6pm there will be a Robbie Burns Dinner at St. John’s Community Hall, on Church St. in Bath, Ont.

The dinner is a fundraiser for The Fairfield Gutzeit Society and St. John’s Community Hall. The dinner will include Haggis, Prime Rib, Potatoes and Turnip (Tatties and Neeps), Salad, and Trifle. Wine, Beer and Scotch will also be available for purchase. The night is very Festive and a lot of Fun! There is the formal Piper Entrance, Scottish Dancers and the Typical Bard Toasts. The guests dress formally and many sport their Family Tartans! All this is as an Honour to Robbie Burns!

Robbie Burns was a Scottish poet and lyricist who is widely regarded as the national poet of Scotland. Burns Night, held in Honour of Scotland’s most famous poet, is at the end of January each year. Burns was also known as Rabbie Burns, the Bard of Ayrshire. His influences were the aspirations of young love (he started writing poetry at age 15) and the French Revolution. He was considered a pioneer of the Romantic Movement. He had a strong influence on Scottish literature in the 19th century. Although he did not write “Auld Lang Syne” as we sing it now on New Year’s Eve, he is credited with being the first to write down a much older version, from an Old Scottish Folk Song.

St John’s observes the full ritual of Robbie Burns which involves nods to Whiskey, Haggis and Poetry Reading.  Participants are piped in by a Piper followed by the ceremonial tray holding the Haggis. The Selkirk Grace is said before dinner, all as an honour to Robbie Burns. Please come join the festivities! Call Sally at 613-352-9911.   Price $50. per person.

January 3, 2018 at 11:18 am News & Views Share via:
If you have information that should be added to the site, please contact us webmaster@lccra.ca.