Some of us like to buy our fresh vegetables from the Bath market on Sundays. Did you know there is a seven days a week alternative for your farm fresh produce. Head for Dewmel Farms on McIntyre Road  where Jane and Pierre have established an all natural market garden farm. They are located at 1521 McIntyre Road, about half way between country roads 7 and 4 on the north side. You will be enthusiastically greated by Spartan a large black Golden Retriever and German Shepherd mix.

Jane & Pierre, who both believe strongly in the nutritional value of fresh produce, were living in James Bay where “fresh vegetables” meant commercially grown, using all kinds of herbicides and pesticides and then shipped thousand of miles. The very short, almost non existent growing season in James Bay gave them little opportunity to grow their own produce.

In 1999 Jane left her nursing position and Pierre gave up his management job with The Hudson Bay Company and they moved with their three children to Dewmel Farms. This 100 acre market garden farm gave them the opportunity they needed to start growing their own fresh produce in an organic environment. 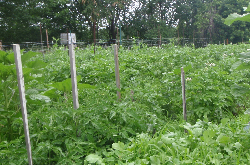 Jane proudly announced “Our produce is not sold at the Bath Market or any other market. We harvest our produce directly from the field when you arrive at the farm; you can take it home knowing exactly where it has come from and how long since it has been harvested. You can’t get any fresher than that.”

Question. Why don’t you advertise as an Organic Producer?

“We don’t want to pay the government for testing so that we can label our produce organic” said Jane. “We know it’s grown with no pesticides or herbicides. We stay away from all GMO plant strains and use only heirloom varieties. Our tomatoes taste like tomatoes!”

Jane continued, “During the growing season we have an ample supply of the following.

There is also a Maple tree stand on the farm which yields enough maple syrup to ensure an ample supply all year round. The sap is refined on the farm using a wood fired evaporator. Pierre has recently switched from Mason Jars for packaging to using cans. 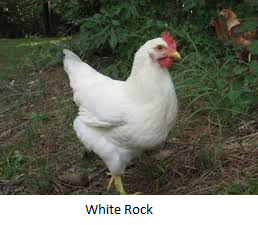 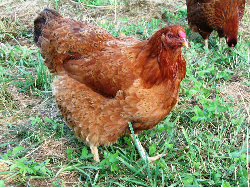 The free range chickens produce large tasty eggs. They are Chantecler chickens, White and Partridge, both heritage varieties which originate in Canada. The Chantecler was developed in the early 20th century, at the Abbey of Notre-Dame du Lac in Oka, Quebec. They are extremely cold-resistant, and suitable for both egg and meat production. “We let them run free during the day and they can access their nesting boxes any time they choose. At night we bring them inside to keep them safe from the foxes, owls and coyotes” Jane added.

Meat chickens will be available at the end of November. They are Vet inspected, professionally slaughtered,dressed and flash frozen for your convenience.

Jane and Pierre always welcome visitors to the farm. Check out our two friendly dogs, pet ducks, cat and a horse named Mista.

You can email questions to Jane at   janee.dewit@gmail.com

Material contained in this advertisement or editorial does not constitute, or imply an endorsement by the Loyalist Country Club Residents Association (LCCRA). The views and opinions expressed in this or any referenced document do not necessarily state or reflect the beliefs of the LCCRA.

August 1, 2018 at 9:09 am Hobbies/Groups, News & Views Share via:
If you have information that should be added to the site, please contact us webmaster@lccra.ca.